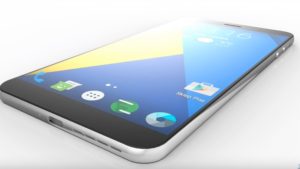 Nokia Edge is a Nokia new mid range Smartphone which is equipped with 5.2 inch display with 23 MP rear camera and 13 MP front camera. This Android Nougat based Smartphone is loaded with Octa core 2 GHz, MediaTek MT6755 processor combine with 3 GB RAM and 32 GB internal memory. This Nokia Edge Smartphone price will be around Rs. 30 Thousand in Indian mobile market which will expected to launch in the Aug month of 2017.