Times are changing and people nowadays put emphasis on saving time and money when they want to take a good picture. At the same time, people are also getting more educated on using a camera and they know what it takes to snap a great photo. The following are the top 7 travel photo trends in 2019. 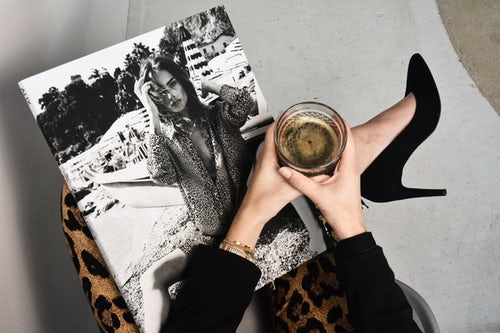 Using Smartphone instead of DSLR to Take Photos

Most tourists don’t use point and shoot camera to take photos nowadays. One of the reasons is that they don’t know how to adjust complicated settings like shutter speed. They much prefer using a smartphone to take pictures because the smartphone camera is already adjusted to the optimal setting. All you need to do is to frame the scene you want to take a photo of in your phone screen and press the hit button.

After taking the photos on your smartphone, you can have them transferred to your computer and organized using software like Movavi Photo Manager. You can add tags to your photos to sort them, for example, putting Belgium travel photos under the tag Belgium. It also allows you to make simple edits, for example, using resolution presets for resizing the photo, rotate left/right, and color adjustment.

The Balance of Lighting in Photo

Many tourists now understand the importance of their photos to have balanced lighting. Key parts in the scenery must be highlighted while other less important parts can be covered in shadow. They know that the photos have different look if they take the photos in different light conditions. For example, photos that appear bright are shot in the golden hour when the sun is hot. On the other hand, photos with some shadowy parts are shot when the sun is not that bright and hot.

Adding Humor to Your Travel Photo

Humor is becoming an important trend in travel photography. Many people like to act playful, for example, doing a funny thing that is related to the travel venue they are taking photo of. Humor travel photos are usually taken by younger travelers who don’t take things seriously.

Including the Locals in Your Photo

Multilocalism is a popular trend in travel photos. It shows people of the foreign places that you have met, for example, a photo of the locals performing their daily routine or you can pose a selfie with a local. Sharing the photo online allows you to show how enriching your travel experience has been.

Highlighting the Cuisines in Your Trip

A lot of tourists also like to take food photography when they are traveling. You can take a photo of the food that you enjoy at the restaurant. It can also spice you saw a seller selling in the marketplace or a variety of local cuisine sold by the local stalls. If you take a photo of restaurant cuisine, you can put a caption on the photo to state the ingredients and cuisine origin.

Street photography is another trend in travel photography. It can be a photo of strangers walking down the street or an empty alley in the city. The street doesn’t have to be in a busy city and can be any place as long as the shot is natural. Usually, it is a public street and capture with a basic camera.